Plaintiff’s counsel in Hardwick v. 3M filed a motion on July 31, 2020 seeking an order certifying a nationwide class in a suit against several PFAS manufacturers. If the class is approved, this will be the most significant PFAS case to date for numerous reasons including the unprecedented size of the class and the relief sought. Defendants were denied their request for an extension to respond to the class certification, and therefore only have until October 29, 2020 to file their opposition.

Hardwick’s motion for class certification seeks to certify a class of “any individual residing within the United States at the time of class certification for one year or more since 1977 with 0.05 parts per trillion (ppt) or more of PFOA [perfluorooctanoic acid] and at least 0.05 ppt or more of any other PFAS [polyfluoroalkyl substances] in their blood serum.” Experts estimate that up to 99% of the current population in the United States have a detectable level of PFAS in their blood. If approved, this will likely be the largest class action to date in the United States.

The proposed class action seeks injunctive and equitable relief in the form of medical and scientific studies, testing, and analysis. Specifically, it seeks a court order to create an independent PFAS science panel funded by the defendants sued, whose findings of correlating illnesses will be binding on all parties in the lawsuit. If “deemed appropriate” by the science panel, the defendants may also have to fund medical monitoring.

The C8 Science Panel convened as part of DuPont’s settlement agreement in a class action brought by residents of Parkersburg, West Virginia cost over $100 million. The raw sampling of blood alone cost over $70 million and the epidemiological studies by independent scientists cost another $33 million. This was a year-long study of PFOA in a community of approximately 70,000 residents, which included blood samples and 12 epidemiological studies. In comparison, the costs of the medical and scientific relief sought in the Hardwick case will be exponentially greater based on the size of the proposed class to be studied and/or monitored and the inclusion of additional PFAS and PFOA.

Plaintiff’s motion for class certification argues that the need for further PFAS studies is exacerbated by the pandemic, citing to studies linking PFAS exposure to a compromised immune system and potentially a “reduced immunity from a flu vaccine.” The motion further argues that “creating an effective and long-term COVID-19 vaccine necessarily includes better understanding the effects of PFAS on the immune system.” It is clear that plaintiff not only believes that Covid-19 should not slow this case due to hardships of litigating during the pandemic, but instead creates greater incentive to resolve this case as quickly as possible.

To date, Hardwick v. 3M has survived multiple motions to dismiss based on (1) failure to state a claim, (2) lack of subject matter jurisdiction, and (3) lack of personal jurisdiction. Significantly, in denying defendants’ motion to dismiss for failure to state a claim, the court ruled that having a detectable level of PFAS in Hardwick’s blood constituted an “injury” although no physical injury or diagnosis is present.  The court cited to Hirsch v. CSX Transportation, Inc. (6th Cir. 2011) as precedent, which previously held that a physical injury is not required to demonstrate damages where a plaintiff can demonstrate that because of defendant’s actions, he has incurred an increased risk of disease or illness. The court further relied on Hirsch to find that medical monitoring is recognized as a form of relief in such cases and is not grounds for dismissal. In denying defendants’ motion to dismiss, however, the court made clear it was not making a final determination to the appropriateness of the scientific studies, and instead only found that plaintiff properly plead a plausible claim for damages and medical monitoring to survive a motion to dismiss.

Hardwick v. 3M has proven to be an uphill battle for the defendants, with the court denying several motions to dismiss in addition to denying defendants’ request to transfer the case to the Multidistrict Litigation pending in South Carolina. It is unclear, however, whether the court will certify an unprecedented class of this size in light of the manageability, or lack thereof, of medical monitoring up to 99% of the population of the United States and a nationwide epidemiological study.

CMBG3 Law is following judicial, legislative, and administrative developments relating to PFAS. More information about the services we can provide, including risk assessments, to ensure your business is ready for any intersection with these substances can be found on our PFAS Litigation page. 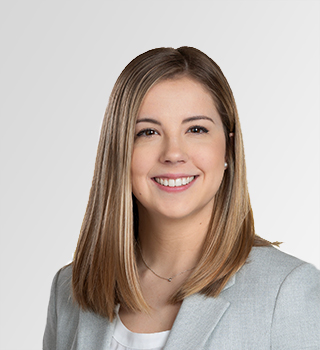