Bayer’s Settlement and the Future of Glyphosate Litigation

Bayer, the parent company of Monsanto and current producer of Roundup brand weed killer, has agreed to pay more than $10 billion to settle an estimated 95,000 active cases involving allegations that Roundup causes non-Hodgkin’s lymphoma.  The settlement represents approximately 75% of the company’s active case load, leaving at least 30,000 unresolved claims.  As part of the deal, around $9.6 billion will be allocated to all existing cases, including those cases with plaintiffs that have not yet agreed to the package.  An additional $1.25 billion will be allocated for future claims and to create a scientific panel that will determine if Roundup causes cancer. Bayer has agreed that if the panel determines that Roundup is a carcinogen, it will be precluded from arguing that it does not cause cancer in future cases.  Conversely, if the panel determines the product is not a carcinogen, plaintiffs that are part of the settlement group will be prohibited from arguing otherwise in Roundup cases.

The first matter alleging that Roundup causes non-Hodgkin’s lymphoma was the Johnson case filed in California in March of 2016.   The case came before Bayer purchased Monsanto in June 2018 and following the World Health Organization’s designation of glyphosate, a key chemical in Roundup, as a probable carcinogen.  In Johnson, a unanimous jury awarded the plaintiff $289 million in damages, which include $250 in punitive damages after finding that Monsanto acted maliciously by failing to warn consumers of Roundup’s cancer risks.  The court subsequently reduced the punitive damages award to $39.25 million and Bayer has noted that it will continue to pursue its appeal of the entire Johnson verdict.

Following Johnson, Bayer sustained two additional plaintiffs’ verdicts.  In March 2019, a San Francisco jury awarded Edwin Hardeman $80 million, which was reduced to $25 million.  In May 2019, a jury awarded Alva and Alberta Pilliod over $2 billion, which was reduced to $86 million.  In each of these cases, the jurors were convinced that Roundup was a substantial contributing cause of the plaintiffs’ non-Hodgkin’s lymphoma and that Monsanto had acted maliciously.  Bayer has stated that it will also continue its appeal of these verdicts.

Bayer has and continues to argue that there is no scientific evidence that Roundup is a carcinogen.  This position is backed by the U.S. Environmental Protection Agency, which has issued multiple reports concluding, as recently as January 2020, that it has found no health risks associated with glyphosate when used in accordance with product labeling.  The current Roundup label includes warnings regarding potential eye and lung irritation but no notice of any cancer risk.  The National Institutes of Health also conducted a study of American agricultural workers and found no association between glyphosate and cancer.

As part of its current settlement agreement, Bayer is not required to admit liability or any wrongdoing.  In a statement, the company reiterated its position that it does not believe Roundup poses any risk of cancer and that this settlement represents a strategic decision to try to bring closure to the litigation.  Bayer has also announced that it will continue to sell Roundup without any changes to the product label.

Although the Bayer settlement may effectively end Roundup cases, plaintiffs will retain the opportunity to pursue numerous manufacturers of other glyphosate-based herbicides.  The risk to other manufacturers and the incentive to plaintiffs’ firms will rest heavily on whether juries continue to award punitive damages.  In California, punitive damages are based on a finding of malice, meaning either “conduct which is intended by the defendant to cause injury to the plaintiff or despicable conduct which is carried on by the defendant with a willful and conscious disregard of the rights or safety of others.”[1]

In his ruling in the Hardeman case, U.S. District Judge Vince Chhabria agreed that Monsanto should be punished for disregarding the safety of others, noting that the “evidence easily supported a conclusion that Monsanto was more concerned with tamping down safety inquiries and manipulating public opinion than it was with ensuring its product is safe.”[2]  Interestingly, Judge Chhabria also noted that there was no evidence showing that Monsanto acted intentionally to conceal a known or obvious safety risk.

Judge Chhabria’s ruling leaves some ambiguity as to whether punitive damages will be permitted for other companies that sell glyphosate-based weed killer.  Monsanto first synthesized glyphosate in 1970 and held the exclusive right to sell the product in the United States until September 2000.  Companies that started incorporating glyphosate into their own weed killer after September 2000 are arguably less culpable for promoting product testing to ensure consumer safety and there is unlikely to be similar evidence that they acted to quell any such research.  Judge Chhabria’s ruling suggests that without this evidence, an award of punitive damages is inappropriate.  Additionally, without the emotional element associated with evidence of deceptive practices, jurors may put greater weight on the contradictory science between glyphosate and non-Hodgkin’s lymphoma.

In short, while the Bayer settlement may provide certainty regarding its Roundup cases, the broader picture of glyphosate litigation remains unclear.

[2] A copy of Judge Chhabria’s ruling can be found here: https://usrtk.org/wp-content/uploads/bsk-pdf-manager/2019/07/Judge-ruling-on-Hardeman-damages.pdf. 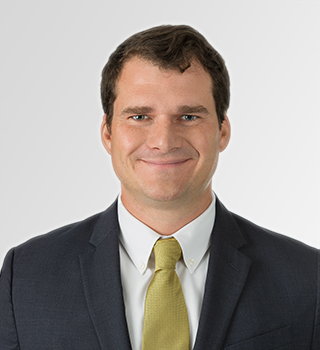