Multiple States’ Attorneys General and asbestos advocacy groups are suing EPA in the Federal District Court for the Northern District of California[1]. The plaintiffs are seeking judicial intervention concerning EPA “arbitrary and capricious” decision to deny states’ earlier petition that requested EPA collect more data on imported asbestos under the authority granted to EPA in the Toxic Substances Control Act (TSCA).[2]  Under the Arbitrary and Capricious standard, plaintiffs must prove that there was no rational connection between the facts found and the decision made by EPA.[3]  Normally, an agency action is “arbitrary and capricious” if the agency relied on factors that Congress did not intend it to consider, failed to consider an important aspect of the problem, offered an explanation not supported by the evidence, or the implausible decision cannot be explained as a differing viewpoint.[4]  The standard that EPA’s action will be evaluated is not as high as intermediate review and strict scrutiny.

At initial review, there is not a strong challenge EPA’s actions being outside Congress’ intent.  TSCA provides EPA with statutory authority to regulate the manufacturing, importing, processing, and commercial distribution of asbestos.[5]  EPA recently promulgated additional regulations regarding Restrictions on Discontinued Uses of Asbestos; Significant New Use Rule.[6]  Therefore, the States’ Attorneys General will have to develop factual evidence to show EPA’s action was unreasonable.  EPA argues, inter allia, that it did not act arbitrarily or capriciously with regard to its denial of the initial petition given it would not have collected any additional data on asbestos imports given its decision was based on review of data from multiple sources.[7]

As an overlay to the above, the EPA is also in the process to update its Risk Evaluation of asbestos, specifically chrysotile.  The EPA’s Draft Risk Evaluation of Asbestos (“DRE”) was released in March 2020.  Most notably, EPA’s draft findings call into question the long-standing conclusion of the medical and scientific communities that chrysotile asbestos is unequivocally less potent than amphibole asbestos minerals.[10]  EPA is currently evaluating the numerous comments it received from the medical and scientific communities that questioning the EPA’s data and findings in the DRE.[11]  EPA has seemingly created its own paradox by releasing the DRE that finds an increased risk from chrysotile after getting sued for allegedly loosening restrictions on imported asbestos that is all Russian chrysotile.  Notwithstanding and without triggering a political debate, there is always an elephant in the room when discussing the Federal government’s actions that implicate Russia given the current administration.  All these factors considered, should make for an active and interesting discovery period in the pending lawsuits against EPA.

CMBG3 Law LLC has represented clients in toxic torts matters, especially with respect to asbestos, for many years. We provide the most current legal advice to our clients by staying on top of developments in science, medicine, and regulations regarding a wide variety of substances and products used by consumers every day. If you have any questions or would like more information about the asbestos regulations referenced in this article, please contact Clifford V. Pascarella II, Esq. (email him or 617-279-8234). 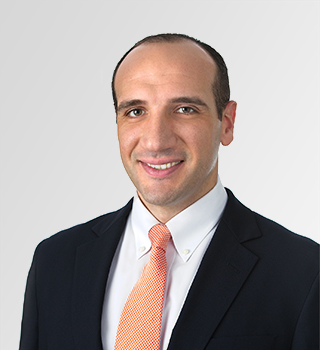