The COVID-19 pandemic brought a wave of business interruption claims and related coverage lawsuits from business impacted by widespread closures. As we noted in our previous analysis, these businesses face significant hurdles in obtaining coverage for pandemic-related losses. Now, just as businesses across the country begin to slowly reopen, the death of George Floyd at the hands of a Minneapolis police officer has led to massive protests. While the protests were intended to be peaceful, some have become unruly and resulted in property destruction.  Many businesses have decided to close their storefront locations to prevent and mitigate the potential for damage, or were required to by civil closure orders, resulting in further loss of business income.

The good news for these concerned business owners is that most commercial property insurance policies will cover physical property damage from fires and vandalism resulting from civil unrest. However, income losses resulting from anticipatory or mandatory business closures may not be covered.

Theft of goods and personalty such as furniture, computers, machinery, office supplies typically qualify for coverage under personal property coverages. Coverage provisions for such physical property damage are typically found in both “covered perils” and “all-risk” policies. As with any contractual policy, policyholders have a duty to mitigate risks to the extent feasibly possible. Expenditures made to secure property against further loss is typically covered by a commercial policy. The extent of such coverage will depend upon the facts and circumstances of each situation.

Insurers are expected to take a less forgiving position regarding loss of income due to closing a business in anticipation of COVID-19. As we are seeing in COVID-19 related coverage disputes, insurers insist that “direct physical loss of or damage to property” is required to trigger coverage. For those businesses whose closures resulted from the occurrence of actual property damage – broken windows, fire damage, etc. – this trigger will undoubtedly be met. On the other hand, businesses that unilaterally closed in anticipation of potential damage will be hard pressed to obtain relief for losses resulting from such closures in the absence of physical damage.

What is less clear is the fate of businesses that suffer loss of income from closures in compliance with civil authority orders issued in anticipation of potential disruption or property damage, including the institution of curfews. Many commercial property or business owner policies contain “civil authority” clauses which provide coverage for loss of business income caused by an “action of civil authority” that “prohibits access” to the insureds property as a result of damage to property occurring elsewhere. A review of the weight of authority interpreting civil authority coverage reflect that it is “intended to apply to situations where access to an insured’s property is prevented or prohibited by an order of civil authority issued as a direct result of physical damage to other premises in the proximity of the insured’s property.” S. Texas Med. Clinics, P.A. v. CNA Fin. Corp., No. CIV.A. H-06-4041, 2008 WL 450012, at *9 (S.D. Tex. Feb. 15, 2008) citing to Clark Schirle, Time Element Coverages in Business Interruption Insurance, The Brief, Fall 2007 at *38 (emphasis added).

For example, in a 1995 case, Syufy Enterprises v. Home Ins. Co. of Indiana, a federal district court in Northern California held that curfew orders issued in anticipation of rioting, looting and property damage after the Rodney King verdict did not entitle a business owner to coverage under the civil authority provision because the “requisite causal link between damage to adjacent property and denial of access” was lacking. See also Dickie Brennan & Co. v. Lexington Ins. Co., 636 F.3d 683, 685 (5th Cir. 2011) (mandatory evacuation order issued in anticipation of damage from the impending Hurricane Gustav, which caused damage in the Caribbean, did not trigger business interruption coverage under civil authority provisions).

As always, the specific policy language will govern and any ambiguities will tend to favor policyholders. For example, the court in Sloan v. Phoenix of Hartford Ins. Co., 46 Mich. App. 46, 207 N.W.2d 434 (1973) rejected the insurers claim that the loss had to be accompanied by “direct physical loss or damage”. In Sloan, following the assassination of Dr. Martin Luther King, Jr., the Mayor of Detroit ordered closure of “places of amusement”, which included plaintiff’s theatre. The applicable provision of the plaintiff’s policy provided coverage for “Interruption by Civil Authority” when “as a direct result of the peril(s) insured against, access to the premises described is prohibited by order of civil authority.” The court compared this language to language found in other business interruption clauses which stated: “This policy covers against loss resulting directly from necessary interruption of business caused by damage to or destruction of real or personal property by peril(s) insured against”. The Sloan court compared the two provisions and found that they “contemplate separate and distinguishable business losses”, namely that the Civil Authority provisions “speaks to business-interruption losses occasioned by the denial of access to the premises by order of a civil authority.” In finding in favor of the policyholder, the court found the absence of language requiring such coverage to be triggered by physical damage to be “conspicuous,” and therefore equivocal. See also Fountain Powerboat Indus., Inc. v. Reliance Ins. Co., 119 F.Supp.2d 552 (E.D.N.C.2000) (court held that the “civil authority” language did not require physical loss, but covered any loss sustained due to lack of access to the property).

Even where property damage has occurred in a location other than the policyholders’ property, many civil authority coverage provisions require an element of proximity. In United Air Lines, Inc. v. Ins. Co. of State of PA, 439 F.3d 128, 130 (2d Cir. 2006), United Airlines sought coverage for losses uncured due to the government-ordered grounding of air travel immediately following the 9/11 terrorist attacks shutdown. At issue was coverage resulting from the tragic crash of American Airlines Flight 77 into the Pentagon. The civil authority provision at issue provided coverage “when access to the Insured Locations is prohibited by order of civil authority as a direct result of damage to adjacent premises.” (emphasis added). United argued that damage to the Pentagon from qualified as an “adjacent premise” to the Ronald Reagan Washington National Airport (the “Airport”), in Arlington, Virginia where United maintained a ticket office. While the court upheld the denial of coverage where U.S. Government’s decision to ground airplanes following 9/11 terrorist attacks, was based on fears of future attacks – not physical damage to arguably adjacent property, the court commented, in dicta, that the term “adjacent” was likely ambiguous given that two properties can be adjacent without necessarily sharing a border.

Even if coverage is found, the calculation of damages is bound to be another issue ripe for dispute. Insurers will view closure orders issued in relation to civil unrest as distinct from closure orders or limitations issued as a result of the COVID-19 pandemic. Complicating matters further, claims will be valued on the basis of expected revenues a business would have seen had there not been any civil unrest. In the wake of COVID-19 closures, insurers are likely to determine this to be a significantly less value than full operations prior to COVID-19.

The above considerations show that business owners seeking coverage under business interruption insurance policies face increasingly complicated challenges. CMBG3 Law’s attorneys are experts on coverage issues such a business interruption and recently held a virtual panel discussion about business Interruption claims in the wake of COVID-19. This webinar can be accessed for free here. If you’d like to learn more about how CMBG3 can help you to navigate these complex coverage and claims issues, please contact Eric Robbie at 617-279-8209 or by email. 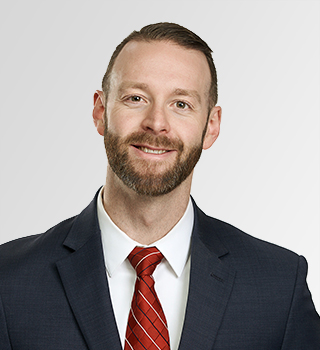