Latest Updates From the Glyphosate Litigation

Trial was poised to get underway in St. Louis, Missouri last week with jury selection complete in the fourth trial regarding whether Monsanto’s glyphosate containing weedkilling product, Roundup, causes non-Hodgkin lymphoma. However, just before opening statements were to begin, the attorneys left the courtroom, presumably to engage in settlement discussions. Whether the parties were able to reach a resolution has not yet been confirmed.

The “Roundup Litigation” was sparked by the World Health Organization’s International Agency for Research on Cancer (IARC) conclusion in 2015 that glyphosate , is “probably carcinogenic to humans.” Since that time there are have been over 40,000 lawsuits filed by plaintiff’ alleging that their use of glyphosate-containing weed killing products caused them to develop non-Hodgkin lymphoma.

Despite the onslaught of glyphosate lawsuits, the Environmental Protection Agency has stated that it will not approve “false and misleading” warning labels that say that glyphosate causes cancer. Glyphosate, an herbicide, has been registered as a pesticide in the U.S. since coming to market in 1974 and has been assessed several times since by the EPA including undergoing registration review every 15-years as is required of all registered pesticides. In 2015, the EPA initiated another review of glyphosate’s toxicity and in 2016 reported that glyphosate is likely not carcinogenic. Last year, the EPA released its Glyphosate Proposed Interim Decision stating that it continues to find that there are no risks to public health when glyphosate is used in accordance with its label and that glyphosate is not a carcinogen.

The EPA’s position that glyphosate in not a carcinogen, combined with Monsanto’s other defenses regarding the safety of Roundup, did not persuade the first three juries from finding that Roundup was a cause of four plaintiffs developing non-Hodgkin lymphoma.

In the seminal glyphosate case a state court jury in California found that Monsanto’s Roundup and Ranger Pro weed killing products were the cause of Dewayne Johnson’s non-Hodgkin lymphoma and awarded Johnson, who mixed and sprayed Roundup as a groundskeeper for a school district in California, $289 million.

The next year, in the first federal bellwether case, a jury in federal court in California, found Monsanto liable for failing to warn that glyphosate could cause cancer and awarded Hardeman, who used glyphosate-containing Roundup to kill weeds and poison oak on his 56-acre property for more than 25 years, approximately $80 million which included $75 million in punitive damages.

The Hardeman trial was followed by the Alva and Albert Pilliod case in which a second state court jury awarded the married couple $2 billion dollars based on the couple’s claims that their long-term use of Monsanto’s glyphosate containing Roundup weed killer caused each of them to develop non-Hodgkin lymphoma.

The damages awarded by the juries in all three cases have since been reduced by the judges and all three verdicts are currently being appealed.

If settlement efforts were not successful and the Wade continues to proceed to trial, much of  the evidence presented will be similar to what we’ve seen previously, however this trial in St. Louis would be different from the prior trials in three key aspects. Frist, Christopher Wade is one of four plaintiffs whose lawsuits are proceeding to trial together, despite the plaintiffs having no relationship with one another. Secondly, while all three prior trials took place in California, this trial is happening in St. Louis, Missouri, where Monsanto was founded over one hundred years ago and was headquartered until being acquired by Bayer in 2018. Jurors may have a favorable view of the company as a large local employer and are certainly more likely to have a connection to the company than the California jurors did. The third big difference with this case is that Bayer/Monsanto is not the only defendant, a local advertising agency has also been sued for its marketing of Roundup.

In recent weeks, there has been widespread speculation regarding a potential settlement – not regarding the Wade case in particular, but rather a global settlement with plaintiffs in the Roundup litigation. Last year, following the verdict in Hardeman, Judge Vince Chhabria, who presided over that trial and is also presiding over the MDL in which there were, at that time, over 700 pending Roundup cases in federal court, vacated upcoming trial dates and ordered all parties in the MDL to enter mediation. Judge Chhabria appointed Ken Feinberg as the mediator who has said he is “cautiously optimistic” that a national settlement could be reached.

While we wait to see whether any settlement is reached, we will continue to follow the Roundup trials and pending appeals. 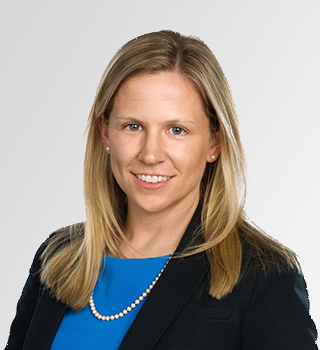