United States Senator Sheldon Whitehouse started off the discussion with an in-depth dissertation of climate programs and developments at the federal and state level in his home state of Rhode Island.  Attendees then heard from representatives from each of the New England states on their own initiatives on setting climate resiliency goals and the steps they are taking to meet those goals.  Progress each of the state is making in their climate resiliency endeavors was discussed at length, as well as the different hurdles faced by each of the states – from available infrastructure to demographics of the population to availability of funding.

Director of Climate Change Adaptation and Resilience at the Executive Office of Energy & Environmental Affairs, Mia Mansfield, described the progress of the Massachusetts Municipal Vulnerability Preparedness (“MVP”) program.  The MVP program is a partnership between state and local governments to identify high risk, climate vulnerable areas and to develop and implement programs to protect those areas from the ever-increasing risk of climate change.  Vulnerable areas include dams, small bridges, and culverts, among others.  The MVP program engages stakeholders at multiple levels including Climate Vulnerable and Environmental Justice communities at risk and takes a bottom up, grassroots approach to developing ways to address that risk that will help the specific needs of the impacted communities.

Representatives from Vermont, New Hampshire, and Maine, representing the more rural areas of New England, indicated that transportation remains one of the highest sources of Greenhouse Gas Emissions in their regions.  Lack of available infrastructure for public transportation results in residents of these states needing to drive long distances each day and often the electrical personal vehicles that would make that driving more sustainable are cost prohibitive for the average middle to low income individual.  This ended up being a common theme of the day – how to develop sustainable transportation infrastructure while also creating infrastructure for clean and sustainable energy initiatives.

Another underlying tone of the discussion was the need for industry representatives to be more proactive in their own climate initiatives and vocal with representatives to make widespread changes. The speakers all identified the need for hard hitting climate bills at the federal and state level and believed that the industry voices could be heard and well received if they lobby for these types of changes.  Overall, the conversation was both inspiring and daunting as it represented a great exhibition of progress on climate initiatives throughout New England but also showed how far we still have to go. 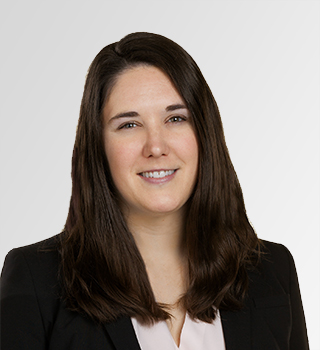