The Boy Scouts of America (“BSA”) recently filed a Chapter 11 voluntary petition for bankruptcy amid an onslaught of claims against the organization related to historical acts of sexual abuse in its programs.  According to a Debtor’s Informational Brief filed on its behalf, there are approximately 275 lawsuits currently pending in state and federal courts against the BSA, and attorneys for abuse victims have represented that 1,400 additional claims are likely to be filed.  If the BSA’s petition succeeds, all lawsuits would be stayed and transferred to a centralized forum, all claimants would be compensated through a trust established by the BSA and a channeling injunction would release the BSA from all future liability.

The BSA estimates that approximately 90% of pending and asserted claims concern allegations of abuse that occurred over thirty years ago.  This drastic increase in litigation resulting in the BSA’s bankruptcy petition is due in large part to the ongoing trend of legislation eliminating or extending statutes of limitations governing civil cases of child abuse.  Such legislation often includes a revival clause or retroactivity provision allowing otherwise expired claims to proceed.

In Massachusetts, the law was amended in 2014, extending the statute of limitations for 35 years after that date on which a child reaches the age of eighteen.  Nearly identical legislation was passed in Rhode Island in 2019.  As a result of this legislation, any organization or business that provided care or had custody of children going back to the mid-20th century may now be exposed to civil liability for claims of child abuse that occurred during that time period.

The BSA bankruptcy has proved instructive in revealing society’s historical inadequacies in protecting children from abuse and holding abusers accountable.  The BSA went to great lengths in its bankruptcy filing to explain to the Court the many ways in which it strengthened its programs since the 1980s, and now claims it is one of the safest youth-serving organizations in the world.  Despite such proactive safety measures, extended statutes of limitations have taken a toll on the BSA, which spent more than $150 million on settlements and legal fees from 2017 through 2019.  This year’s bankruptcy filing was inevitable given the BSA’s estimated liabilities of $500 million to $1 billion from its exposure to abuse claims.

The BSA’s bankruptcy filing was also instructive on the sprawling effect abuse claims can have on organizations and insurers affiliated with a defendant subject to such claims.  The BSA charters independently incorporated “Local Councils” to fulfill its mission, and provides each with general liability insurance coverage.  Prior to resolving all abuse claims through the bankruptcy process, the BSA, its Local Councils and its various insurers will need to extensively litigate issues of insurance coverage and indemnification.

The BSA bankruptcy is an example of the risk faced by any organization that provides services to children, and those organizations’ insurers.  Given the extended statutes of limitations and the current moment of historical reckoning over past sexual abuse, organizations and insurers should expect to see an increase in such claims nationwide.  Plaintiff attorneys specializing in sexual abuse litigation have established practices throughout the nation, including locally in Massachusetts, New York and California.

The attorneys at CMBG3 Law have represented businesses, clubs, civic organizations and municipalities involved in sexual abuse litigation for many years. We provide the most current advice by staying informed of legal and political developments regarding a wide variety of issues related to abuse litigation. If you have any questions or would like more information, please contact Nicholas Blei (email him or 617-279-8224). 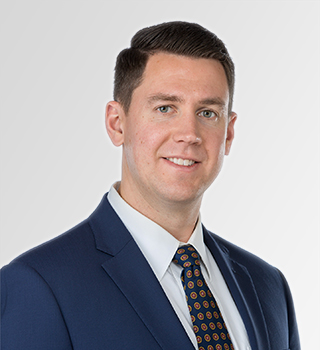