Calm Before the Storm

In 2018, California was ravaged by multiple large-scale wildfires, killing more than 100 people and firefighters and resulting in more than $9 billion in damages paid by insurers.  The 2018 hurricane season produced 8 hurricanes, including two “major” (Cat 3, 4, or 5) storms. Hurricane Florence, which struck in September, set all time records for flooding in the Carolinas, killed 43 and cost $24 billion, according to the National Oceanic and Atmospheric Administration.  Hurricane Michael struck the Florida, Georgia and the Carolinas was one of the strongest and most powerful storms on record, causing more than $25 billion in damage. The Midwest had to button up to deal with the polar vortex, where the thermometer showed record-breaking negative winter temperatures, leading to an estimated $5 billion in unrecoverable losses.

While the rest of the nation appeared to reel in the destruction of 2018’s natural disasters, New England stayed mostly quiet. But don’t mistake this relative inactivity for a lack of risk in 2019 and the years to come. Our time is coming due. 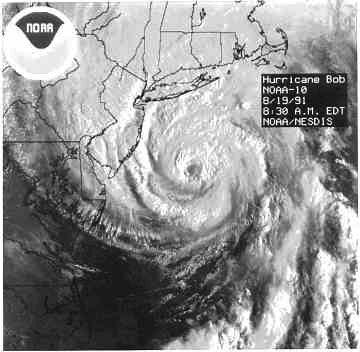 Reports from the National Centers for Environmental Information have found that climate change plays a major role in causing natural disasters to be more intense, more destructive and more costly to the country, according to the National Oceanic and Atmospheric Administration. On June 1st, the Atlantic Hurricane season officially begins and some predictions expect between 12 and 14 large scale storms, with a likely 2 to 4 expected to become full-fledged hurricanes that impact the US coastline. April has already seen New England drenched with record monthly rainfall totals (and 2018 was the rainiest single year ever recorded in Massachusetts).

The insurance industry, in particular, should be on notice that New England is more of a mirage than an oasis. Now is the time for both insurers and policyholders to ensure there is proper coverage in place for the impact of devastating weather events. It is critically important for businesses to evaluate not only their own risk of first-party loss, but also the impact upon their business should a vendor, supplier or account holder suffer weather related devastation. Failure to properly take these risks into account and ensure adequate protection could result in large loss claims which linger for years and in the litigation process.

If you’d like to learn more about how CMBG3 can help you to avoid the brunt of the storm, please contact Eric Robbie at 617-279-8209 or by email.