CMBG3’s Suzanne Englot attended a program hosted by the Boston Bar Association, in conjunction with the Massachusetts Black Women Attorneys and the Women’s Bar Association of Massachusetts, on February 10 that highlighted the often ignored or erased stories of African-American women who made an impact on the development of U.S. law. The stories told looked beyond well-known historical figures like Harriet Tubman and Rosa Parks to elevate the women whose efforts not only preceded those icons, but laid the legal groundwork for their successes.

In 1836, a 6-year old slave named Med was forced to accompany her owner on a trip to Massachusetts, a free state at the time. The Boston Female Anti-Slavery Society brought a case on her behalf, and established new judicial precedent (albeit a narrow one) that enslaved persons brought to Massachusetts or any temporary purpose could not be held against their will. This decision, Commonwealth v. Aves, was widely adopted as precedent throughout the Northern states, and contributed to the freed slave-friendly environment that lent itself to the brave work Harriet Tubman did in leading fugitive slaves to freedom.

Likewise, Rosa Parks’ defiant actions in 1955 were supported by a ruling originating from the actions of Sarah Keys, an Army Corps private. Keys, who was arrested and convicted of disorderly conduct after refusing to give up her seat on a Greyhound bus to a white person, brought her case to the Interstate Commerce Commission. The Commission decided that Brown v. Board of Education, the Supreme Court case decided in 1954 overruling the previous precedent of “separate but equal” in the organization of schools, also applied to buses. Six days later, Rosa Parks, who is now known as the “First Lady of Civil Rights”, refused to give her seat up and move to the back of the bus.

These stories, lesser known but complementary and intertwined with those we already knew, are just a small sample of the rich history of African-American women standing up for what is right to move our country forward through the establishment of legal precedent that aligns with our fundamental belief that all persons are created equal. We thank the BBA, MBWA, and WBA for holding these stories up, amplifying them to reach a greater audience, so that we may carry them with us as we march forward in the pursuit of justice. 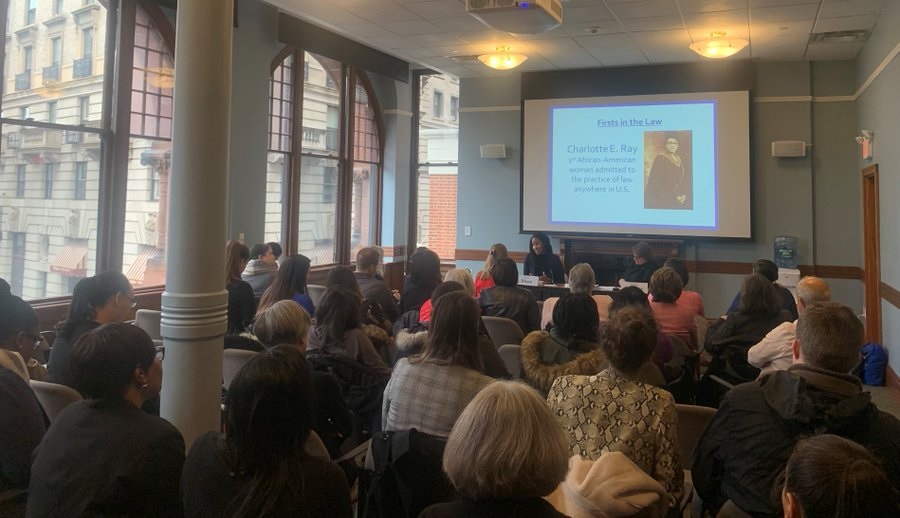